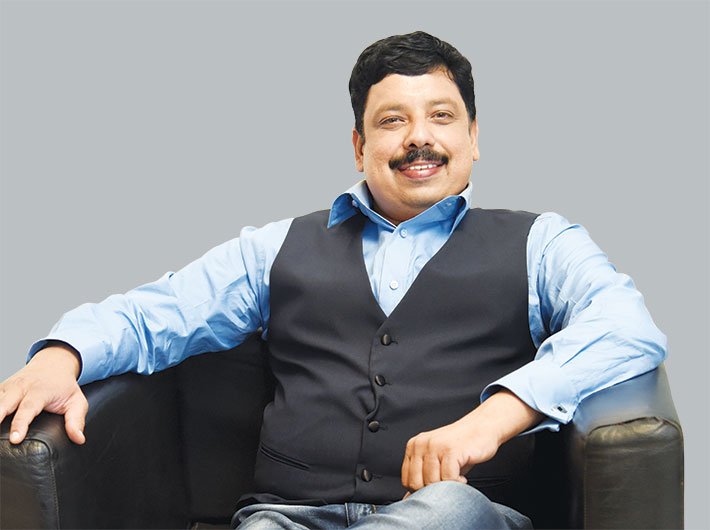 Anand Neelakantan is an Indian author, columnist, screenwriter, television personality, cartoonist and motivational speaker.  He is known for writing mythological fiction and has authored eleven books in English and one in Malayalam. He follows the style of telling stories based on the perspective of the antagonists or supporting characters of a larger work. His debut work  Asura: Tale of the Vanquished (2012) was based on the Indian epic Ramayana, told from the perspective of  Ravana—the first book in his Ramayana series.

It was followed by a series of books based on characters from Mahabharata and Baahubali. His books have been translated to different languages such as Tamil, Hindi, Malayalam, Telugu, Kannada, Marathi, Bengali, Gujarati, Assamese, English, and Indonesian.

Asura: was featured in the list of “100 books by Indian authors to read in a lifetime” by  Amazon Books editors. The book has sold more than a million copies over the years. Three of his books have been shortlisted for Crossword Book Award during the respective years. He was listed as one among the “100 top celebrities in India” in 2015 and 2017 by Forbes India.

His second book was based on Mahabharata told from the perspective of  Kaurava and was part of a two-book series. Ajaya: Roll of the Dice was released in December 2013 and the sequel Ajaya: Rise of Kali was released in July 2015.

Anand Neelakantan wrote the official prequel series of novels for the Baahubali film series. Titled Bahubali: Before the Beginning, it is a three-book series which acts as a prequel to the films. The first book of the trilogy, The Rise of Sivagami, from the Bahubali: Before the Beginning trilogy released on 7 March 2017. S.S Rajamouli, the director of the Baahubali series, revealed the cover of the book at the Jaipur Literature Festival in 2017. The book became a blockbuster and was shortlisted for Crossword Popular Award 2018.  Netflix has announced a web series on the book. The second book in the series, Chaturanga was released on 6 August 2020. The third book, Queen of Mahishmathi was released on 28 December 2020

His fifth book Vanara: The legend of Baali, Sugreeva and Tara also follows the same pattern of voicing the defeated side. Anand’s debut Children’s book, The Very Extremely Most Naughty Asura tales for Kids was published on 28 September 2020 by Puffin books.

Anand also writes a column for New Indian Express on current affairs and his fortnightly column is called “Acute Angle”. Anand is also a prolific writer in Malayalam and regularly publishes stories in prestigious Malayalam magazines.

He lives in Mumbai with his wife Aparna, daughter Ananya, son Abhinav and pet dog, Jackie the Blackie.

Some of the key highlights of Anand Neelakantan